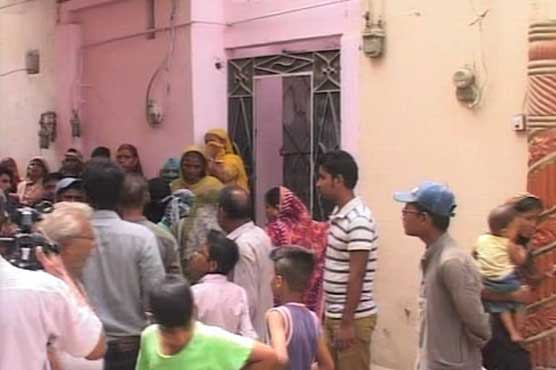 KARACHI – Adnan, a 4-year old boy was tortured to death while his 13-year old sibling was left in life-threatening condition after brutal torture by the stepfather. Hammer, hunter and steel pipe were used by the step father in beating the children.
Police has taken the mother of the children in custody for investigations while the stepfather escaped the scene as soon as the incident was come to people notice.
Iqra, sister of the beaten siblings informed that their stepfather used to beat them without any reason or sometimes on very trivial matters.
Afsheen, mother of the children said that she tried to stop her husband from beating the children but it didn’t help and he also targeted her.
According to police, they will soon arrest the father.