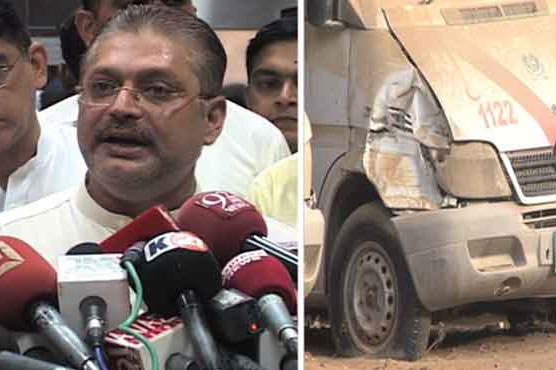 Sharjeel Memon, Sindh minister for information was found lying to the media this Sunday about the rescue institution 1122 being fully functional in Karachi. Later is was found that more than 100 ambulances for this service were off roads and never transported or attended any victim to the hospital but were kept covered. Bestowing towards the details around 100 ambulances belonging to KMC have been dysfunctional and were kept in far flung garages for many years. Sharjeel Memon lied about these ambulances and rescue 1122 institution being fully functional in Sindh and that their workers work 24 hours to respond to the emergencies. Contradictory to the ministers claim not one ambulance is functional for this purpose. As reported funds or several crores were spend to bring these vehicles back into use as ambulance service but due to lack of attention and ignorance those vehicles are now of no use.