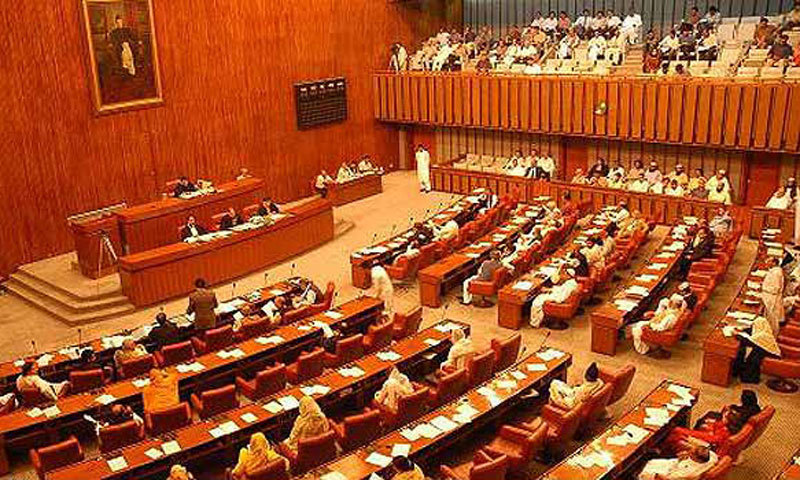 The budget debate in The National Assembly (NA) was disrupted to lengthen the life   of a presidential decree for another 120 days that tweaks the Pakistan Army Act to amplify its provisions initiated early this year for quick military trial of national terrorism suspects.

However, the extension of the Pakistan Army (Amendment) Ordinance, 2015 which was done by a resolution of the house required by the parliament’s failure to accept the decree as a bill in it’s 120 day life furore

A procedural question was protested by MQM, which seemed to get the positive attention of the house by was dismissed by Speaker Sardar Ayaz Sadiq and Deputy Speaker Murtaza Javed Abbasi.

It was followed by an angry exchange of remarks between deputy parliamentary leader Abdul Rashid Godial and Defence Minister Khawaja Mohammad Asif. It resulted in all MQM members walking out of the house.

The Defence Minister further said that they are scared and the feel danger that they might be caught by the collars. They say one this at sehri time and apologise at zuhar time.