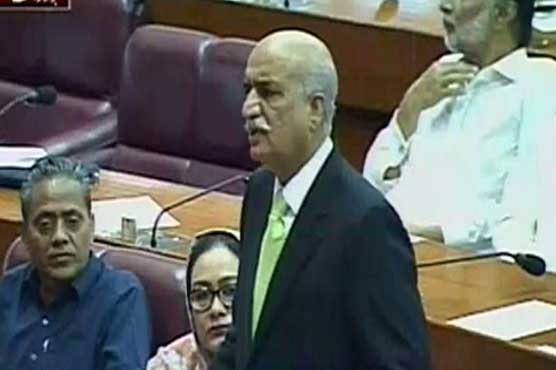 Khursheed Ahmad Shah seemed unhappy over Narendra Modi’s statement in Bangladesh. After the debate on budget in National Assembly, he shifted everyone’s attention by saying that House should pass a resolution that condemns Narendra Modi’s statement.
He also asked Foreign Office to play its role in this regard.
Talking about Budget 2015-16, he said that Pakistan encompasses four units and budget should cater all of them. Budget should distribute the resources equally and with respect to the needs of each unit.
“There are many challenges for Pakistan to cope up with, we have to, at any cost, face these problems” Shah said
He also commented on previous government saying that PPP had faced many challenged like global recession, inflation and above all terrorism.