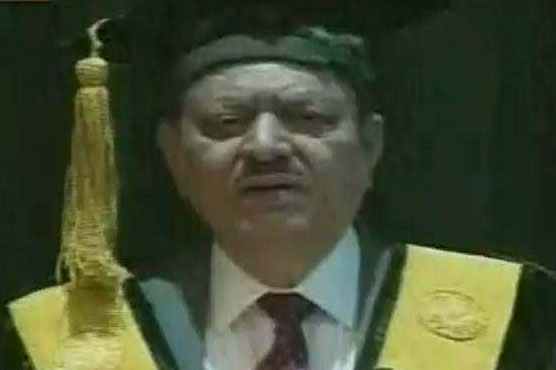 The President advised people not to over react to such propagandas and stand by the government to refute it. He said this while addressing convocation of  National Security and War Course  at National Defence University at Islamabad

He said the nation must stand by with the government and armed forces to overcome the challenges.

He said the government is making sincere efforts for the revitalization of economy and guaranteeing internal security through flushing out terrorists.