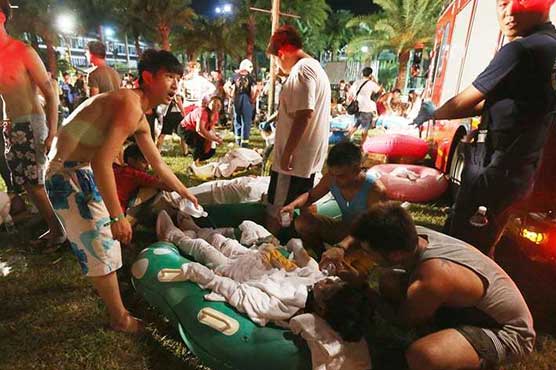 One never knows what would happen next and so the people at Taiwan water park for an event were unaware of the tragic explosion of fire which lead to the loss of almost 81 lives and injuries to approximately 200 people in that park. The incident took place when the colored powder was sprayed amongst the crowd. New Taipei City’s Fire department claims that the fire must have exploded due to the ignition of high warmness of lights on stage with the powder. Surprisingly, fire extinguishing took place in a matter of seconds and led to sigh of relief in endangered crowd. The media streamed the crowd running away to save their lives immediately after the explosion was heard. It also reported that the bodies of victims are declared 40 percent burned. The regretful incident made the Mayor of New Taipei to pass orders for a deep investigation.